Over the years, Peercode has established an extensive network of knowledge suppliers from various branches of sport and health. In cooperation with this network, we are able to develop high-quality interactive services effectively and efficiently.

Peercode is also supported by a number of advisors. 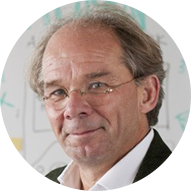 Joost is a senior strategist and partner at Jungle Minds. After completing his degree in General Economics at Erasmus University Rotterdam, Joost worked for twenty years as an employee and entrepreneur. He is the founder of SPC companies and New Media Marketplace and is an Internet pioneer.

In 1995, he became a columnist at Assurantie Magazine, where insurance sites were assessed every two weeks. Since 1999, Joost has been a columnist for Het Financieele Dagblad. Initially bi-weekly and then, starting in 2008, weekly. He is the author of the books “Chatten met je dochter” [“Chatting with Your Daughter”] and “Wie weet of het waar is” [Who Knows if its True?”] and co-author of “De Internet Scorecard”™. The latter has been among the top 100 management books in the Netherlands for several years.

Joost is a jury member of the Thuiswinkel Awards on both the Dutch and European juries. He is also a lecturer at Beeckestijn (Digital Interactive Marketing) and Nijenrode (post-doctoral). On Fridays, he is a primary school teacher (year 4, 5 and 6, plus classes, chess, maths and French). 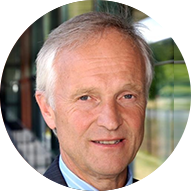 Born in Veldhoven, the Netherlands, Jan Albers studied Business Administration at the Eindhoven University of Technology, where he earned his doctorate in 1978. After serving as an officer in the Royal Dutch Army, Jan held the following positions: 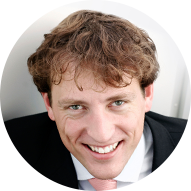 Joris studied Natural Sciences at Utrecht University and earned his MBA at INSEAD.

After completing his degree, Joris worked from 2001 to 2008 for The Boston Consulting Group. The focus was on assignments for operational performance improvement, strategy, organisational design and marketing and sales in international environment and various industries.

From 2008 to 2014, Joris was employed at the Academic Medical Centre (AMC). At the AMC, Joris held positions such as Director of Operations for the divisions Woman-Child, the Heart Centre and the Clinical Methods and Public Health Division. Starting in 2012, he was a member of the Board of Directors a.i. (in the role of CFO and COO). In this capacity, Joris was responsible for among other things portfolio management with direct control of the service directorates (e.g. ICT, Facility Services, Purchasing and Administration) and he had an active role in the alliances with the Free University Medical Centre (VUmc) and OLVG.

Joris is currently employed at health insurer Menzis as Director of Health Care.