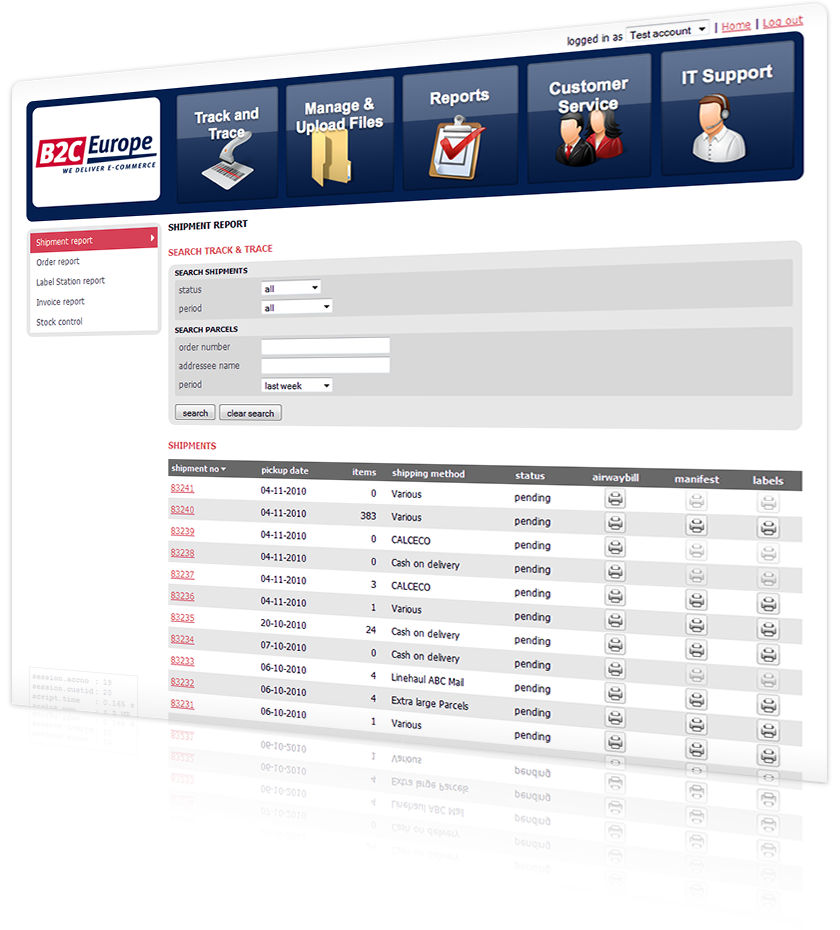 The Customer Pages system of B2C Europe (formerly ABC Mail) enables clients that make use of the logistics services of B2C Europe to report new shipments, view the status of shipments, change address information of shipments, print labels and more. The system that B2C Europe wished to replace was developed more than 10 years ago and has been further expanded over the years. Due to the way in which the system was built (no functions, no separation between layout and programme code, no specifications available, use of PHP, DLLs, Dreamweaver and ASP), the system could no longer be effectively maintained and also could not be expanded effectively. Specifically to ensure that B2C Europe in the near future will no longer be dependant on one individual, it was essential to develop a new version of the Customer Pages system that could also be maintained and expanded by an IT professional that had not yet worked on the system.

We have proposed splitting the project into two phases. Phase 1 consisted of preparing Functional Specifications and Phase 2 consisted of building the system. Phase 1 and Phase 2 could not be carried out by the same organisation. Precisely by separating these phases, the project was made manageable and there was an incentive to specify the project very clearly and to express the right requirements of B2C Europe. The project is based on an open-source (LAMP) architecture and was developed within budget and within the agreed-upon deadlines.